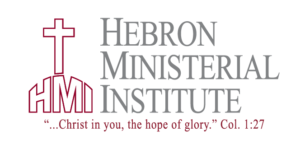 Enter Into a Deeper Relationship with Jesus Christ

Hebron Ministerial Institute covers all the books of the Bible and studies the life of Christ. In addition, HMI breaks down major doctrines in the Christian church and what the Bible says about them.

Enroll in full access to take all courses HMI offers.

Already enrolled in HMI? Request access to your courses here.

Pastor Marvin Byers is the president of Hebron Ministries International (HMI), a fellowship of churches, ministerial institutes and mission works. He is also senior pastor of Hebron Church in Guatemala. In 1949, Pastor Byers was born again at age 5. While studying chemistry in college, Pastor Marvin met his wife, Barbara, who had been born again in 1946, and was working as an administrative assistant. They were married in 1965. After leaving the college, he became an Airline Transport Pilot. From 1966 to 1969, the Byers studied theology at Elim Bible Institute in Lima, New York, where they received teachings and were influenced by godly men who were experienced in the immersion in God’s river that flowed mightily in the church during the American revivals of the early 1900s and 1948. Pastor Byers has been in the ministry since 1962. His wife has been his faithful ministry co-laborer for the past 46 years. They have pastored and ministered in many locations including the United States, the Philippines, Israel, and in several countries in Latin America and Africa. In 1978, they moved to Guatemala where they ministered for 22 years after which the Lord directed them to Canton, Texas. The Byers have lived alternately between Guatemala and Texas since then. Pastor Byers also writes books, teaches HMI courses, and travels to give seminars and spiritual covering to Hebron Ministries International.